Review of "Secret Fighting Arts of the World" by John F. Gilby

This could be the greatest collection of deadly martial arts techniques ever collected!  This could be the greatest martial arts travel book ever logged!  This could be the greatest expertise in martial arts ever assembled in one place!  It could be...if it wasn't a joke.
This book was written by John F. Gilbey, the pseudonym of author Robert W. Smith.  It was originally intended to be a parody the martial arts book from the time (it was originally published in 1963).  The bad part is, there was a large portion of the readers who didn't get the joke.  Granted, when it was first published, there were very similar books discussing "the dreaded death touch!" and this book is written in a very serious tone, so I think the dry sarcasm was lost on many. This book does start off with the death touch as well, but slowly the techniques demonstrated to the author get more and more bizarre and ridiculous.  The names of some of the chapters demonstrating the techniques should have given the readers a clue.  To give you a couple examples, we have Strangle of the Thug (referring to the Thugee cult), Parisian Halitonic Attack, and my personal favorite The Macedonian Buttock.  I also like how he references the illustrious author Robert W. Smith in one of the chapters.  Despite the parody nature of the book, it does have germs of wisdom in there.  The Melange of Mayhem chapter gives you examples of how to be unpredictable in fighting situations. 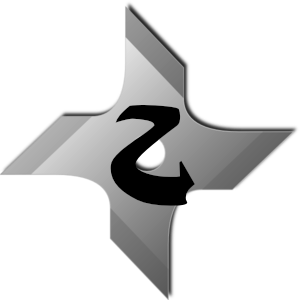 As long as you're in on the joke this book is a good read.  Its chapters are broken down by the specific fighter, and their specific method of fighting.  It is supposed to be the tales of the author's travels to find the greatest fighters who solely specialize in one particular dangerous technique.  Overall, it was a good read, but it was written in an academic manner, I think the parody aspect was lost on many readers.  I have to give the book 2.0 Ninja Stars because if it was a good parody, I think more martial artist would have gotten the joke of it.  Still, if you're looking for a good quick read, and you can understand the joke, then have at it.  It's worth a read once, and then pass it on to friends.  By the way, if you look around online, there are still some fools, who think the techniques are real, and talk about how they have used some of them, which would be ridiculous ...unless they're keeping the joke going on purpose.  In which case, they're brilliant.
Posted by Jaredd Wilson at 12:00 AM