Episode XXXIV-Podcast in the Bronx 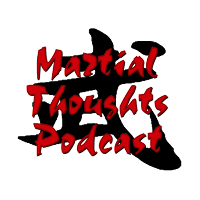 Interlude Music: Flight of the Bumblebee by Vanessa Mae 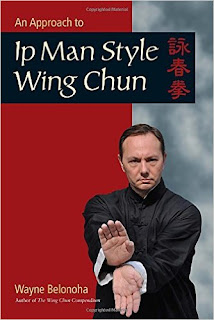 In the interest of full disclosure, I received this book from the publisher for review purposes
Title: An Approach to Ip Man Sytle Wing Chun
Written by: Wayne Belonoha
Publisher: Blue Snake Books
Format: Softcover
Cover Price: $19.95 (US)

Let me start this review with an explanation that I am not a student of Wing Chun or Kung Fu of any kind.  But I have worked out with a Sifu or two, and we've discussed and demonstrated how Wing Chun could be inserted into an Aikido or Jujutsu syllabus very easily.  I know enough about Wing Chun to recognize it when I see it, and to appreciate the physical philosophy that it represents.  This book does a great job of showing where to start with Wing Chun, and I'm definitely going to steal borrow some of the formatting of his syllabus.

This book is a great place to start if you are interested in Wing Chun, especially the lineage of Ip Man himself.  Most people know of Ip Man as being the teacher of a young Bruce Lee, though I suppose more people are starting to know of him through the movies of Ip Man, Ip Man 2, and the Grandmaster.  With all the mythology floating around about him, there's bound to be some people making different claim about this technique or that technique.  Wayne Belonoha does a good job of showing what his lineage, directly from Ip Man, does in terms of style.  The first bit of the book explains about who Ip Man is, what Wing Chun is, and give some documentation for the accuracy of his descriptions of Ip Man style Wing Chun.  He then goes through some of the basic techniques and how they are applied.

I really like how the syllabus is laid out for the reader to see, and how the doctrines, strategy, and tactics align.  I don't know if that was specifically his goal, but it definitely worked this way.  Its almost like its a "Beginner Guide to Wing Chun."  There are LOTS of pictures to demonstrate all the techniques as they are described.  Even if you just have a passing fancy about Wing Chun, this is a great book to look at.  It will give you the basics of what the martial art is, and how it functions.  It's layout methodology is definitely one of the strong points of the book.

Any time you get real specific with a style of martial art, some "My Sensei said..." creeps into the discussion.  To be fair Sifu Belonoha never says his way is better, he just says this is the way Ip Man did it, and to be accurate in its transmission, you have to learn this way.  For example, he insists that the martial art be called Ving Tsun instead of Wing Chun, because that's the way Ip Man wrote the name.

I really liked this book and as such I'm going to give it 4 out of 5 of our highly valued Ninja Stars.  Its such a weird statement, but I love the format for this book.  I think the presentation of information is really well thought out and accessible.  I'm definitely going to be using some of the progression ideas and applications as I build my specific club.    The beginning of the book's specific style history has its interesting applications as well.
Posted by Jaredd Wilson at 7:03 PM No comments: