Intro:  This is Halloween by Marilyn Manson

Interlude Music: Fear of the Dark by Iron Maiden

Outro Music: Vincent Price by Deep Purple
Posted by Jaredd Wilson at 10:45 AM No comments:

Are you a "Warrior"?

The Advertising of Martial Arts


Martial arts have to be marketed.  I understand that...to some extent.  My income and livelihood doesn't rely on martial arts, so I can afford to have a more superior attitude about trying to get new students.  However, I don't begrudge those that do.  At some point, it is my goal to open my own dojo.  At which point I'll have to join in on all the buzz word fun.  But for now, I want to poke fun at many of them.  Here's a list of buzz words that bug me (hah! buzz...bug), what I think they are trying to mean, and how they are often abused.  Open up any martial arts magazine, or the Yellow Pages (do we even have those any more?) and you'll see adds splattered with these words. 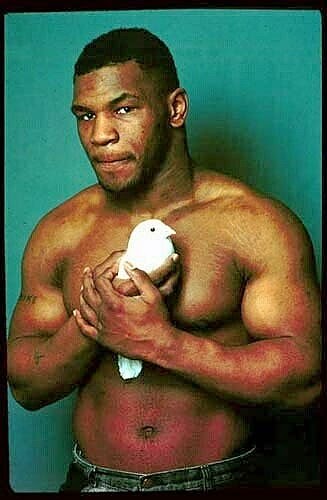 This adjective is often used to describe martial arts in advertising.  I'm guessing, in order to distinguish them from "unrealistic" martial arts?  If its a realistic martial art, then I'm guessing they train you how to run away from 3 on 1 situations, or when both the guys attacking you have weapons.  Because from what research I've done, that's how realistic attacks happen.  It isn't going to be a civil one-on-one at the bar that we see in movies.  Its going to be a person, or often people, taking whatever advantage they think they can get.  They're not looking for competition, they're looking for a resource, or social standing.  (See anything by Wilder and Kane for the difference between social and asocial violence).  They should teach awareness, avoidance, Rory Miller's Monkey Dance, and the effects of adrenaline.  They should teach eye gouges in close combat, they should teach about the medical effects of having your intestines go septic from a knife wound after getting stabbed.  They should have a lawyer talk to you about the realities and costs of self-defense, and how to defend yourself legally.  That's realistic self-defense.
What I think their point in calling an art realistic is that it is not a sport martial art.  If they are saying that they train you to not think in terms of rules, then maybe realistic has a place.  One of my favorite quotes is by, of all people, Mike Tyson "Everyone has a plan till they get punched in the mouth."  Most people that I've talked to who have had "real" encounters have said there isn't time to apply many techniques, and that quick and simple works the best.  Realistic could mean that: They have a limited number, highest chance of success, list of techniques that they train and practice with.  Then I guess realistic would apply.


If you look at a martial art from a hoplogical position, every martial art is effective in a certain context.  They example I read was from knife techniques.  Filipino knife martial arts are great, and very different from Japanese tanto (knife) techniques.  As a generalization, the Filipino focus more of fast movements and quick attacks, where as the Japanese practice precision and reinforced power.  In the barrios of Manila, the Japanese tanto attacks would probably get you killed in a conflict situation.  However, if you took the Filipino art and put it against an armored samurai, they would suffer the same fate.  Would Filipino techniques and methodology work if you were in a Wisconsin winter where everyone has 3-5 layers of clothing on?  Just know what your context is for your martial arts effectiveness, and practice within the knowledge of those parameters, and they are all effective.
When an advertisement says effective, I believe they are again comparing it to sport martial arts, or they are preying on our need to distinguish truth from lies.  Most of us traditional martial artists take it on faith that our techniques will work in realistic circumstances because we don't train them in realistic circumstances.  We can see how they would work, but never IF they would work.  That's a pretty big flaw in most training sessions.


I put these two together, because they seem to argue directly against each other, and can be dealt with using the same logic.  From what I can understand, Traditional is supposed to mean that there is a lineage, and that the art is taught as it was for the last several hundred years.  It is usually steeped in the cultural aspect of the martial arts as well.  Modern means, they have gotten rid of all the cultural trappings of the martial art, and have cut away all that "useless" stuff.  They are most likely a hodgepodge martial arts system which takes "the best techniques of judo, karate, and kali, and blends them together" or something of that sort.  Sound familiar?  Both advertising motivations are great if that's what you're looking for.  Some people want a cultural aspect.  They want to use the martial arts as a doorway into the mysterious orient.  Some people don't care about the cultural part, and just want the highlights.  The modern tends to have the same motivational factor as "Effective."  Just because it blends different styles together doesn't mean it is in any way superior to the original system.  On the same note, just because it has been passed down for over 5 generations doesn't mean it is any more realistic or authentic.  Everyone who does a martial art changes the art for themselves.  Aikido is less than a century old, with many of the original students of O-Sensei still alive, and yet there are so many fractions that it is impossible to keep track of them.  Why?  Did the students break from tradition to form a modern version of aikido?  No, they just taught what they saw aikido is/was. 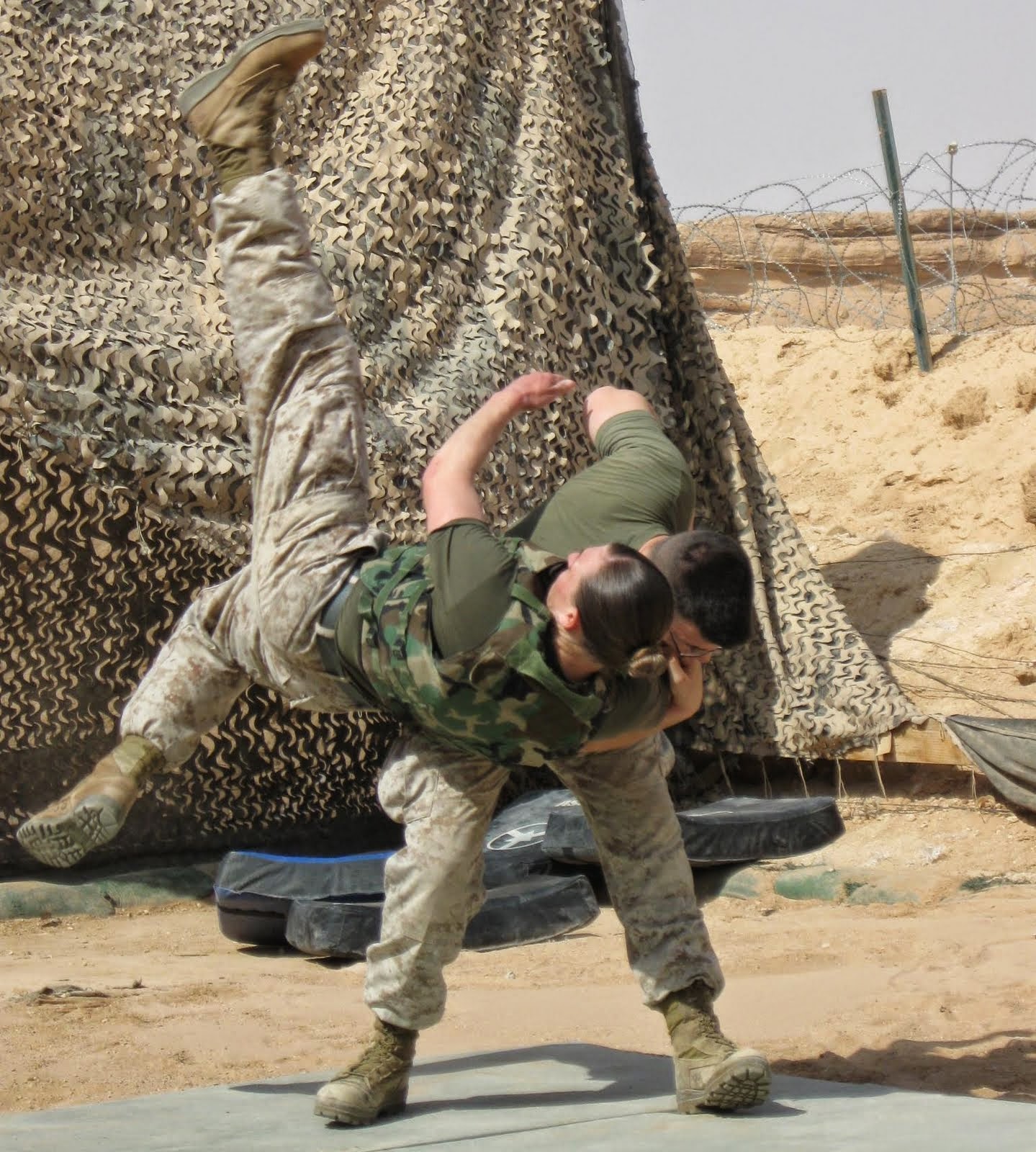 Perhaps no word has been co-opted more than the term warrior.  There are two ways to look at this term.  One is in the strictest definition of someone who has gone to war for the purpose of eliminating another institution's soldiers and possibly civilians.  It is a a very grey area of the human psyche.  My father was in Vietnam, and I know people who have been in our modern middle eastern conflicts (Iraq and Afghanistan).  They are warriors in that definition.  Someone who trains hard in martial arts back here in the states is not.
I think the reason warrior is used in martial arts marketing so much is because of the romantic view of warriors.  Soldiers returning from the war, the conquering heroes, and such.  We even, as a society, respect the side effect traits of being a warrior, the discipline, the assertiveness, et. al.  Its just the actual traits of warriorship we don't like.
In a broader sense, just as Japanese arts have a -jutsu and a -do version of martial arts for the purposes of developing warrior characteristics, we want the side effect traits of being a warrior, or the benefits of going through warrior training.  We want to have a "warrior mindset."  I understand what that is supposed to mean, but everyone I've talked to who's been in war situation doesn't want to be in a war mindset.  We hear the stories of people who are able to overcome unimaginable obstacles in times of war, and we want some of that.  And I do think we should encourage that ideal today, but there should be a different term than warrior, and I don't know what that should be.

In conclusion, I understand their use in advertisement.  If you were a newbie looking for martial arts schools, how would you respond to an honest assessment of the arts?  "Are you looking for hard work, years of frustration, and little chance of financial reward?  Come sign up for aikido!"  I understand the use of these buzz words, but I think they get overused, and as such loose their meaning.  My wife in an English teacher and she keeps preaching to me about word economy.  If you describe this sandwich as being awesome, what words do you use to describe the birth of your first child?  I think that's what's happening in our martial arts advertising world.  So maybe we, as martial artists should practice some humility and economy when describing our beloved arts.
Posted by Jaredd Wilson at 12:00 AM 2 comments:

Episode XVII-Raiders of the Lost Podcast

Interlude Music: Bad Reputation by Joan Jett and the Blackhearts