Why do we wear Gi?

Gi are anachronisms.  (In the Japanese language there are no plurals.  One gi, many gi.)  We could just as easily practice martial arts in sweats, shorts, or any of the more modern clothing that makes more sense.  In fact, there is a whole industry designed to make effective, efficient workout gear.  You don't have to train in this traditional Japanese clothing, but something would feel weird about it if you didn't.  Again, I'm not discrediting the Chinese silk pajamas, but my art is Japanese based, so that's where I come from.
Hakama are even worse. Although there have been some martial arguments made for wearing hakama, they were originally based off of leather riding breaches used during medieval Japan.  Why do I need to wear them to do Aikido?  I don't wear leather chaps when I fire my sixshooter at the range (though it would be fun to see someone do that).  There are several reasons why we do, and I'll discuss some of them, and then tell you why I think we wear them.

Traditional Clothing are functional
There is a certain amount of functionality built into the traditional martial arts clothing.   They keep us covered, they are made of durable material (thicker cotton or canvas), they are firm enough to keep up with the abuse we put them through, and they absorb sweat relatively well (at least the judo gi that I use).  The downside is they are generally more expensive than workout clothes.

It is traditional
Yes, there is a lot of tradition associated with martial arts, and the clothing associated with them is part of that.  Originally, the instructors were people from some Asian country, and in that culture, these clothing would be appropriate.  However, I am a white guy from Wisconsin who has never even been to Japan, let alone have good grasp of the culture.  Why should I wear something that isn't culturally significant to me.  Well, it is basically because my sensei did.  Why did my sensei?  Because his sensei did, and so forth.  There is a connection to these other people, to all martial artist because of the uniform.  It is a recognizable symbol, and in that, there is value. 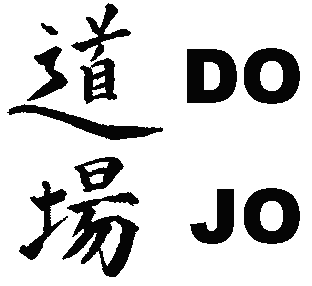 I believe the real reason is because it becomes part of the ritual of martial arts practice.  Rituals have a very real purpose in life.  They separate the sacred from the mundane.  And in this sense, I'm using the word sacred as Mircea Eliade uses it.  Sacred is something other than mundane, a separate time or place that is deemed special.  Doesn't that describe a dojo pretty well?  We have a clearly demarcated area, we have a ritual for entrance and exiting the area, and we have a special set of rules governing behavior on the mat.  Sound like a sacred place to me.  Donning the uniform, the gi, signifies that you are changing into a different person for that short time.  It is a psychological tool for establishing difference of mindset.  This is extremely important aspect of humanity.  We seem to crave rituals, despite our seemingly Western idea that tradition and ritual are silly, or at least unnecessary.  I would argue that our modern Western way of life seems somehow flat, or at least lacking, because of our reluctance to accept the idea of rituals or sacred space.  I think that this use of ritual and sacred space, masked as tradition, is one of the many reasons people come to the martial arts in the first place.  So next time you're getting dressed in your gi, think about how it is changing you, and how you perceive things in the dojo.


The Sacred and the Profane: The Nature of Religion by Mircea Eliade
Posted by Jaredd Wilson at 12:00 AM